The machine is no make-shift 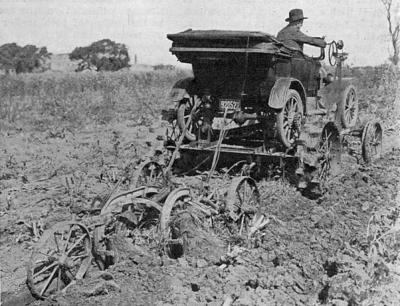 According to April 16, 1921 issue of Scientific American, the entire operation of placing the automobile and attaching the chains requires about 5 minutes. A good use of 5 minutes, I would say. 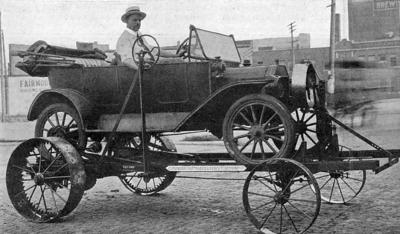 Two 1921 issues of Scientific American cost about $6 at a garage sale. A princely sum, to be sure. For a brief instant I wavered, then I thought of what $6 would buy at the grocery store newsstand.

Staggeringly, Scientific American "A Weekly Review of Progress in INDUSTRY - SCIENCE - INVENTION - MECHANICS" was already in its seventy-seventh year. Who knows how it changed in the preceding years, but a current issue of Scientific American looks nothing like the 1921 issues of The Weekly Journal of Practical Information. Other articles questioned whether the battleship was still relevant, extolled the merits of cleaning electrical machinery with compressed air and suggested antenna aerials be constructed of wood to reduce eddy currents. They were a stoic group at Scientific American, as they ponder, "Of all the myriad problems growing from prohibition there is none more baffling than what to do with breweries." They suggested growing mushrooms.
Posted by Mister Jalopy at 6:08 PM