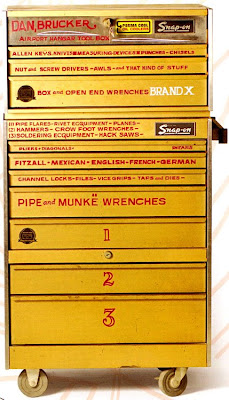 When I saw the Von Dutch-lettered gold Snap-On toolbox at the Brucker auction, I immediately bought myself a can of fire engine red One Shot enamel paint with the plan to hand letter everything I own. Well, that was a few years ago and I never did get around to trying it out. Until now.

As I know some fellas with stone cold lettering skills, the fact that I am willing to display my extraordinarily amateurish first attempt borders on disgraceful. An insult, if you will, to their epic talent and my stunning lack of the same. But, as amateurs, the only thing we have going for us is our brazen willingness to try. 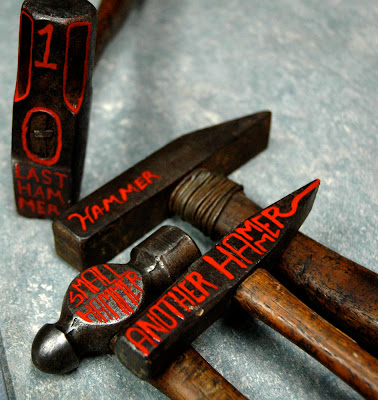 Then I did SMALL HAMMER, which is, arguably, my most successful attempt. The skill is no better than the others, but it was a better design.

Then ANOTHER HAMMER which probably could have survived without that trailing R but I do like the stacked M's.

Finally, I did 1 LAST HAMMER. As you can see I attempted a rudimentary pinstripe. Though I am fond of hot rod flourish-y pinstriping, my goal was more of a locomotive style stripe of outlining the lines of the object. Though not accomplished, it is successful enough to try again. I always thought it would be cool to outline every contour of a black engine block with a bright green stripe.

When I have watched sign painters and pinstripers, I always thought the way they brace their hands like tripods to steady themselves looked very awkward. I would pretend I was painting, trying to replicate how they had their hands, but it just didn't feel workable. Well, after 3 minutes of painting I found myself doing the same exact thing - unconsciously.
Posted by Mister Jalopy at 6:08 PM

Email ThisBlogThis!Share to TwitterShare to FacebookShare to Pinterest
Labels: tools 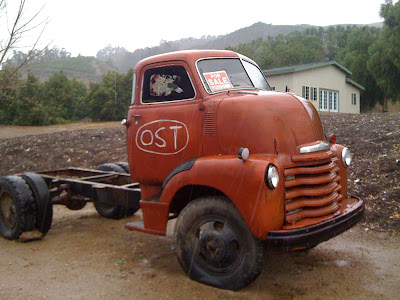