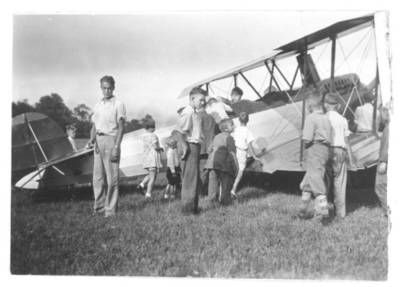 Everybody's asking, what's happening with the Mercedes? A fair question.

I collect garage sale snapshots. Sometimes whole photo albums, sometimes a single photo. I found this photo a few years ago and it has been on my refrigerator ever since. Everyday it reminds me of the potential of what today could be.

The Mercedes had not run since 1984. I got it marginally running soon after I took possession. But there is a huge delta between loping along, barely idling in the driveway and driving to the malt shop. Not to diminish the excitement of idling in the driveway. It is so exciting, I feel for individuals that do not have a hobby that results in a slowly exploding internal combustion engine. Planting a tree or knitting a scarf is certainly a worthwhile activity, but to nudge a 20 year dormant engine back to life is a singular experience that could only be topped by barnstorming.

About 2 weeks ago, I had collected all the required components to fix the laundry list of outstanding issues. A carburator rebuild kit that I steadfastly had been avoiding, a metric bubble flaring tool to repair the broken (by me) brake hard lines and enough brake fluid to fill the entire system. I woke early and decided today was the day to drive the Mercedes around the block.

7 o'clock that evening, I did it. I drove it around the block. The tires were underinflated but the tie rod ends were so shot I figured that 10 psi tires would not affect handling dramatically. It was dark and there are no headlights. The trans linkage bushing is gone so the shifting is rather deliberate. The brakes were not bled as I was a solo mechanic without a fancy brake bleeder but they did stop the car after about ten vigorous pumps of the pedal. The engine ran but the accellator pump rod was broken and the float was full of holes. I would not say the Mercedes is ready for the Hoopty Invitiational. There is no exhaust system, so the little four cylinder that could sounds extremely racey.

Like a barnstormer, the car stopped running at least twelve times. I was so busy madly stomping the brakes that I had no time to worry about the lack of headlights. I would estimate top speed at 15mph, which I assure you, was ten times more exhilarating than driving the Puch to the polling place. The 1961 Mercedes 190b "Aviary Roof" Ponton Body Sedan was so loud that neighbors came outside to see what had gone wrong. If it was not such a fine looking automobile, I would have been embarassed as I needed to restart the engine four times before I cleared their property lines. Sawing back and forth on the wheel, it took extreme vigilance to keep the Mercedes in the correct lane.

Truly, one of the finest days in hot rodding history. I am considering driving it across the country in this state. Circling small towns several times to create some excitement, then retreating to a nearby cornfield to give kids 10 cent rides.