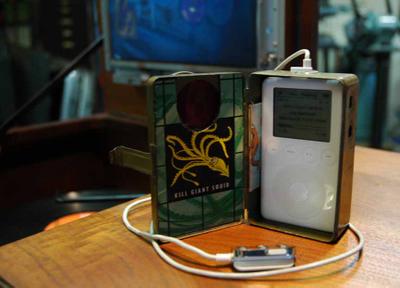 Everybody's asking, didn't you case mod an Ipod previously? Yes. And I blogged it. But, since I am a cheap and easy hustler, I will again. Worth an update as I have a better camera now and it is topical as it was just in Wired magazine. Not with a credit or anything, but it is there. 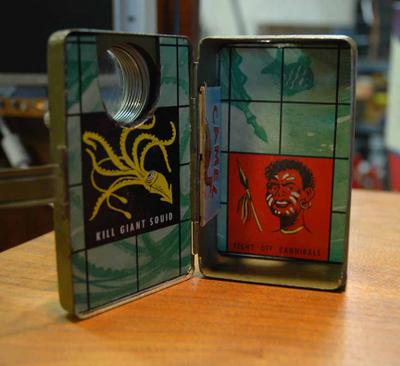 It's a German police flashlight that I bought at a garage sale. The insides were drenched in leaky battery acid, so it's days of flashlight use were over. When I was stripping out the guts, I realized it was damn near Ipod size. After a quick test fit to confirm it was indeed the correct size, I lined the interior with the playboard from an old 20,000 Leagues Under the Sea boardgame. Because A) I garage sale a lot, B) have flat files and C) am insane, I have amassed stacks of old boardgame boards. Nice dense cardboard. 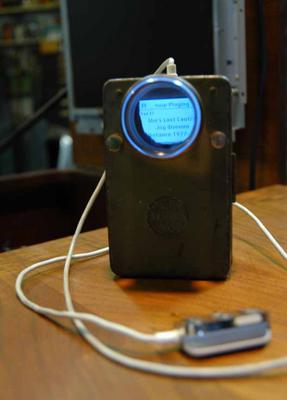 I had to dremel out the top to allow for the Ipod remote doohickey. The two knobs (to the sides of the porthole) control red and green porthole filters. Who knows why, but they do.
Posted by Mister Jalopy at 7:41 PM