No Average Day of Garage Saling 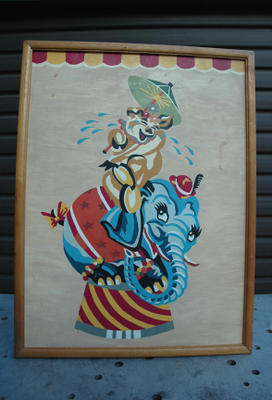 There is no average garage saling day. Even after all these years, I find the anticipation palpable as I wonder what will be found. There is just no telling . Sometimes I buy absolutely nothing and I must say, once the disappointment subsides, it is very liberating to not have to find a place for yet more junk.

Unless you are looking for a 32 Oz. sipper cup, you will never find what you are looking for. For example, if you decided to look for a paint-by-number featuring a crying bear with a parasol sitting on top of an elephant with a silly hat, chances are you would be disappointed. But there it is. And now I own it. (1 of 10 items, $10 for the lot) 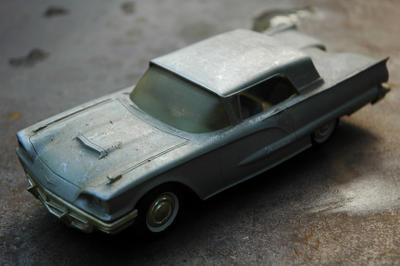 Somebody, somewhere, probably thinks the 1960 Ford Thunderbird is a super looking car. Not me. But, I was happy to find this dealer promotional model (1 of 10, $10) 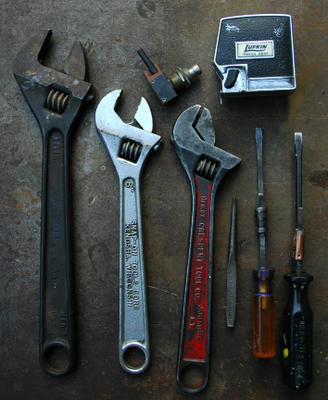 I can't say no to a good looking crescent wrench. When you have as many cars as I have, it makes sense to have a little tool kit for each and a crescent wrench is compact and handy. Plus, that shiny one is a Snap-on, as is that little punch. And that push-button switch? All metal and therefore superb for an oven door. Try finding one of those at the hardware store. (8/10, $10) 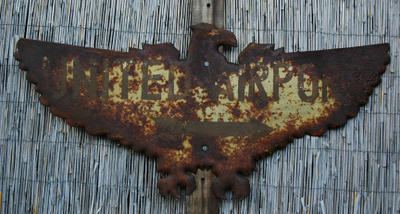 The budget buster of the week, but this is why I clip coupons. Save on the stuff that doesn't matter (like Windex) so you have the money to buy something totally kick-ass, like this United Airport directional sign that was hand carved out of a chunk of steel with a cutting torch. Bob Hope Airport aka the Burbank-Glendale-Pasadena airport was called United Airport from 1930-1934. Think it isn't the real deal? (1/1, $100) 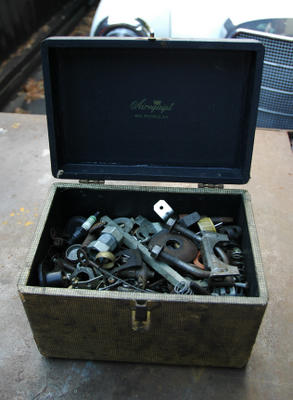 There was a time that a cross country trip required the driver to carry a box of spare parts. Generally, I try not to buy unsorted boxes of hardware because they don't sort themselves. But, this box was hard to resist. (1/2, $1) 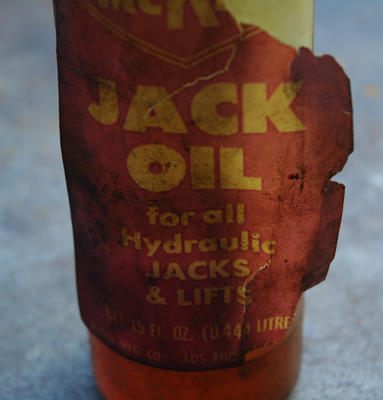 I was happy to find this third full container of jack oil as I bought a new hydraulic jack this weekend! (1/2, $1) 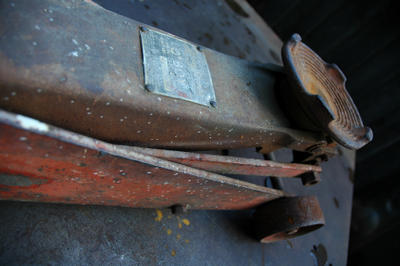 Naturally, I already have a floor jack, but I have been wanting another. Those guys at the tire stores have a great system of two floor jacks under the A-arms. Car is up in the air in a second. Plus, I have always wanted a Hein-Werner O'Boy. Besides the great name, Hein-Werner are widely regarded as the best floor jacks ever made. Old guys have told me these were made for tow trucks and were light and portable in comparison to the full size Hein-Werners. Having hauled this jack around a bit, I can tell you the tow truck drivers of yesteryear must have been pretty stout characters. (1/1, $20) 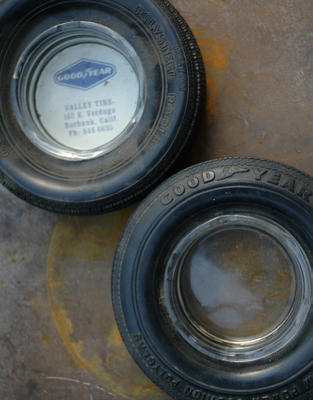