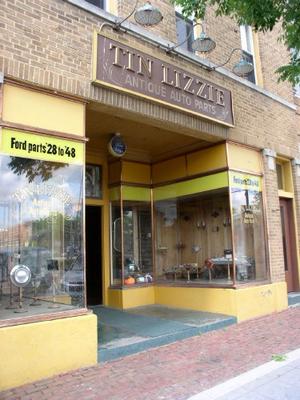 Hemmings Motor News is the absolute cornerstone of automobile passion. Printed on newsprint, packed to the gills with teeny advertisements, hyperbole abounds and thick as a phone book making the September Vogue look like a mere pamphlet. I like to imagine that there is a more obsessive person in the world than myself. Some sort of cigar chomper that reads it front to back, every word, every Bantam, Autolette and Packard ad examined and absorbed.

I maintain that change is generally for the worse. My own prejudice, sure, but generally the new hip thing is worse than the old, shop worn, tried and true, venerable item that it replaces. And Hemmings has changed over the years as the endlessly mess with the indexing. And the line drawing cover has given way to fire engine red photos. I can't blame them for trying to better their situation, but they must realize that Hemming's readers, perhaps more than any other defined group, oppose change. Still, Hemmings is indispensable.

But this month's best ad was from the business opportunities section. Tin Lizzie Auto Parts in Des Plaines, Illinois! In business since 1965 and it looks like much longer. Up to the eyeballs in old Ford parts, but it is the building and interior that is so compelling. A 1904 walnut interior, stained glass transom, tin ceiling, rolling library ladders, an 1884 Wooten desk, a Columbia rear end, NOS fenders, a barber chair and, almost as an aside, 1600 Chicago street paving bricks. 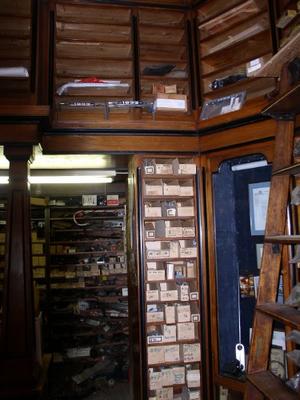 This is the sort of place that I could bring my dogs everyday and just be grouchy. Refuse to sell anything and assume every customer was a criminal. With an interior this rich, you really would never have to leave and could refine your anti-social skills to a razor's edge. From that rolltop desk, you could become the person that reads Hemmings cover to cover. With the Complete New Yorker coming out on DVD, why would you ever leave? 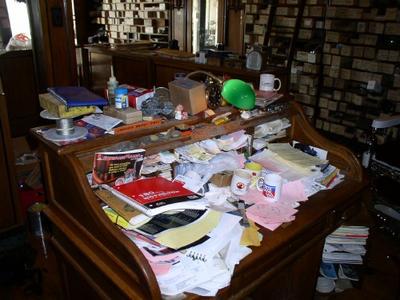 You could drink 100 cups of coffee a day at a desk like this.
Posted by Mister Jalopy at 9:39 AM