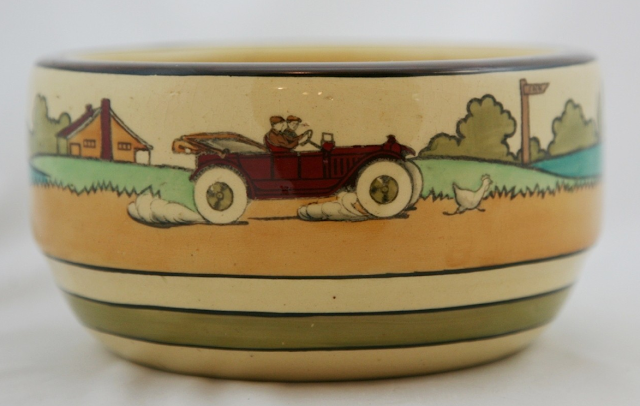 More often than a blue moon but less often than a full moon, a piece of Roseville Tourist is listed on eBay. There is never a chance to scoop one up for a mere $100 with a big chip in the rim, as even the imperfect sell for big money. Only Martha Stewart could afford a service for 12.

Always humorous, the Tourist pattern makes fun of rich guys racing around the roads when cars were the folly of auto-tourism and not transportation.

Roseville Tourist on eBay
Posted by Mister Jalopy at 6:52 AM