End of the Dyno 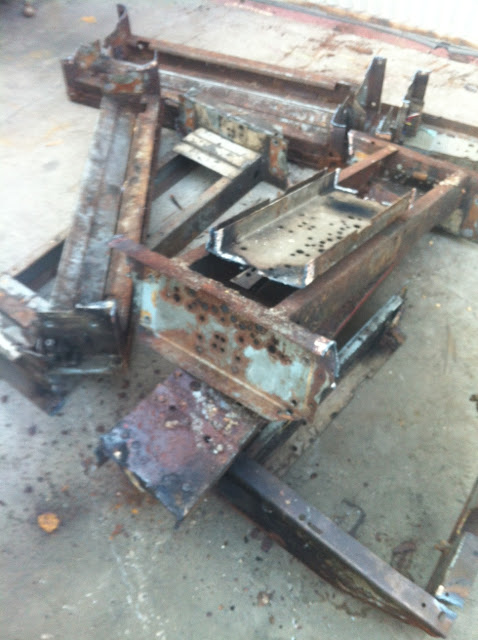 When I bought my shop, there was a Clayton water brake dyno in the floor. Though it did not provide add financial justification for purchase, it certainly added a lot of the romanticism. The previous owner said that it was working 6 months ago. The old 6 months ago...

The operation is simple and quite crude. There are two bellhousings, one for each roller. Inside there is a stator and rotor with blades that look like turbo fans. To load the dyno, water is filled in the bellhousing and the resistance of the opposing fan blades provides the load. Though it sounds simple, it never worked.

I went through heroic efforts to save it despite Clayton no longer supporting them. Bought a second dyno in San Pedro for parts, had the roller brake shoes re-lined at Valley Friction, bought a fire hose to use as a replacement bladder for the roller brakes, used a donor bellhousing for the supposedly bad unit, married the best of the two dynos, upgraded the water input to 1" as the flow/pressure were way below spec and hired the last existing old-like-rumplestiltskin Clayton mechanic. He drove from Apple Valley and we spent 14 $150 labor hours replacing bearings and such. Still never worked.

Things I learned:
Finally, I had enough of tripping over the rollers. I knew I wasn't going to spend another 10 hours or $100 bucks.

4 hours with a cutting torch and it was out. The supposedly good bellhousing - that they previous owner and Clayton repair man said was good - was total junk. Once I had it out, I can see it was leaking for years. I am certain that the little orifices and passageways inside were packed with the sort of rust you find under the carpet of a leaky convertible Cadillac.
Posted by Mister Jalopy at 7:09 AM