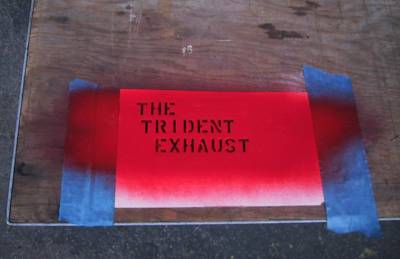 In preparation for the upcoming race, I worked for quite a while today on the 1961 Mercedes 190b brakes. Keep in mind, this car has not been registered since 1984 and the outstanding mechanical issues are daunting. The aesthetics are beyond reproach, so nary a cosmetic issue to address before race day.

The challenge was thrown down and accepted. I will be racing against the considerably more powerful, more modern and properly maintained 1971 Mercedes 280 SE 4.5. From the stats, it appears that the 190b's fate is sealed but there are special considerations. For example, as the sponsoring race body, I have complete control over the rules and may make changes right up to, and even during, the race.

As the Mercedes 190b is running after 20 dormant years, it was time to turn my attention to the brakes. Disappointingly, the brake pedal went straight to the floor without delay, remained at the floor and would likely still be resting at the floor if I didn't help it back to its proper position. Upon repeated vigorous pumping, the brakes came up to pressure and the pedal returned to correct position with no cajoling whatsoever BUT it managed to lock all the wheels absolutely stationary! For good! What spirit! What heart! This little car may be short on horsepower but what pluck! Like a cartoon teapot, building pressure, building pressure, cheeks red and puffed, building pressure, brow furrowed, eyes squinted until it finally gets to boiling point and blows the whistle! What a little champion, the Mercedes 190b. No brakes one minute, but a pat on the dashboard and a little pedal pumping action and boy, does the 190b deliver.

So, that brings us to the question, what is the competitive advantage of pluck? Probably not enough.

As there is currently no exhaust system, I am free to fabricate the most efficient and competitively advantageous exhaust. I have decided on a design of my making composed of a single exhaust downpipe, routed to just under the front of the passenger door where it will be split into three seperate pipes angled directly at my competitior's head. The exhaust will look very much like a trident with a single center pipe slightly longer than the pipes on each side. It will be painted gold and will be identified as The Trident Exhaust by a discreet stencil just above. As stipulated by the rules, the older car has lane choice and I will position the trident directly at my competitor's driver side window. The dismay caused by a raw blast of carbon monoxide should give significant advantage to the 190b. I told him, 'I am going to Neptune you!'

Posted by Mister Jalopy at 7:03 PM